In part 2 of our Famous Australian Women series, we are celebrating the record-breaking friendship (and rivalry) of Australia’s first female Olympian medalists.

In our first ‘Famous Australian Women’ article, we discussed the extraordinary cultural impact of Edith Cowan, the first woman to be elected to an Australian Parliament. Today, in part 2 of our 2 part series, we are celebrating the record-breaking friendship (and rivalry) of Fanny Durack and Mina Wylie – Australia’s first female Olympian medalists.

The Olympics are the ultimate celebration of the world’s greatest athletes. But until 1908, women were banned from competing in many events. However, this didn’t stop childhood friends Fanny Durack and Mina Wylie from maintaining a gruelling swimming schedule and competing in just about any race which would accept them. After years of training in Sydney’s Coogee Baths, Durack and Wylie scored their first major victory at the Australian and New South Wales Swimming Championships in 1910/11.

When it was announced that the 1912 Summer Olympics would feature women’s swimming for the first time, they were determined to represent their country – no matter what. The New South Wales Ladies Swimming Association (NSWLSA) refused to support their Olympic bid, and no Australian sporting club was prepared to fund the pair’s journey to Stockholm, where the games were being held. Undeterred, they raised their own money, and with the support of their community, they were able to persuade the NSWLSW to let them attend.

The rest is history. Durack broke the world record during the 100m freestyle heats and went on to win the gold, with Wylie taking silver. Between 1910 and 1918, Durack broke a series of records to become the world’s top female swimmer over all distances, from the 100-yard freestyle to mile-long marathons.

Wylie went on to win 115 titles over the course of her career, in freestyle, backstroke and breaststroke.

Throughout their swimming careers, Durack and Wylie maintained a strong friendship, and many historians believe that this friendship was the real secret to their success. 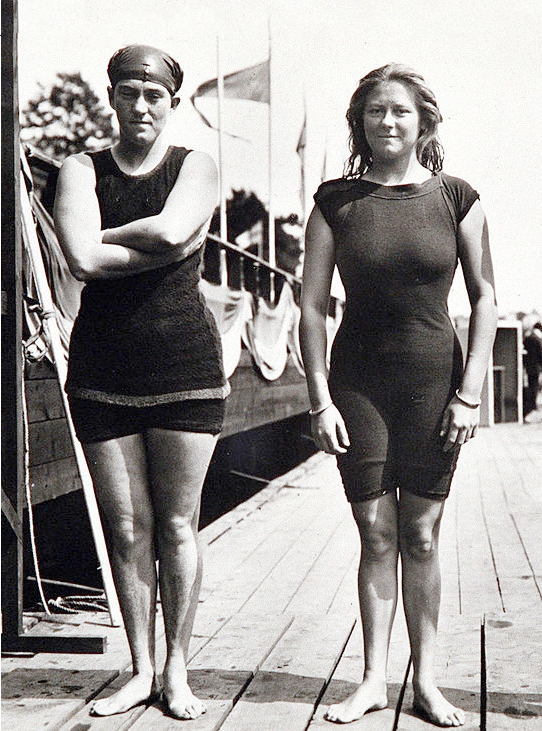 Whether they realised it or not, Durack and Wylie were early icons of female empowerment, persistence and ambition, and they continue to set an amazing example for female athletes today.

Both swimmers were inducted into the International Swimming Hall of Fame, and they will forever go down in history as the first women to represent Australia – and win – at the Olympics.

If Fanny Durack and Mina Wylie have inspired you to break records and change the world, you can get started right here, right now. Our web design, ecommerce expertise and digital marketing solutions will bring your great ideas to life – contact iFactory for more.

And to join the conversations about Women’s History Month and International Women’s Day, just follow the hashtags #IWD2017, #Gettingtoequal and #BeBoldForChange to add your voice on any social media channel. We’ll be there. Why not check out our Pinterest board on Women in Technology, too?