How are Australians using digital games? (Part one)

89 – the number of minutes Australian’s spend playing games every day. Read the report from Bond University and Interactive Games and Entertainment Association.

Since its creation, digital games have pushed the boundaries of what’s possible. In the last five years alone, we’ve witnessed the expansion of powerful personal computers, the transition to mobile phones, tablets and wearable accessories, the influence of virtual and augmented reality products and an unprecedented rise in downloadable content and in-game microtransactions that have undeniably benefitted the digital economy and the consumers who use them.

In 2017, Interactive Games and Entertainment Association (IGEA) commissioned Bond University to extend our knowledge of games and the Australians who play them. The findings were published in a report titled Digital Australia Report 2018.

Enlightening data from the Digital Australia Report 2018 has now confirmed what we’ve known for a long time: interactive games are woven into the fabric of our culture, now more than ever.

Over the next two articles, we’ll dive into the data about digital gaming in Australian households, focusing on demographics, behaviours and attitudes. 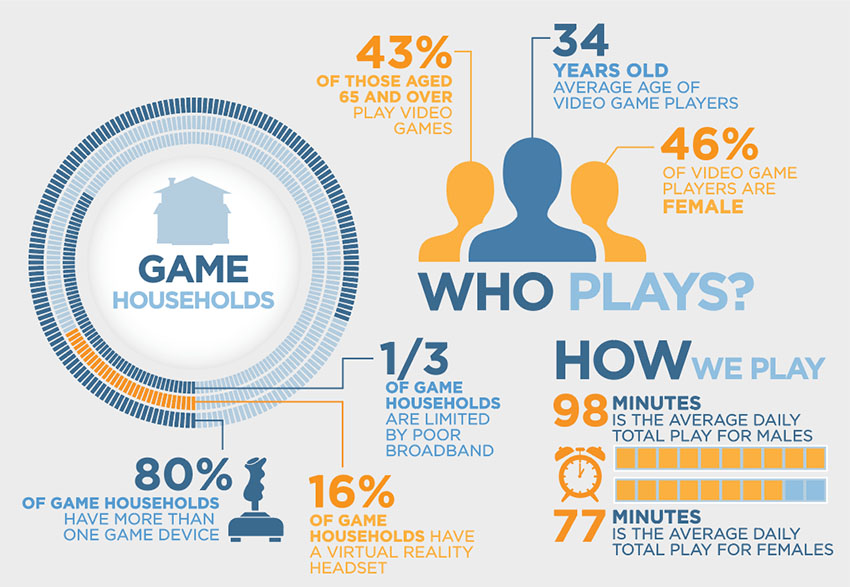 Nearly all Australians have a device in their homes capable of playing video games. While personal computers are the most popular device, mobile phone use for digital gaming has increased 18% since 2013. These are the five devices you’re like to find in the home.

Interestingly, the data found that 65% of gaming households own three or more of these devices and 16% of households have a virtual reality headset. 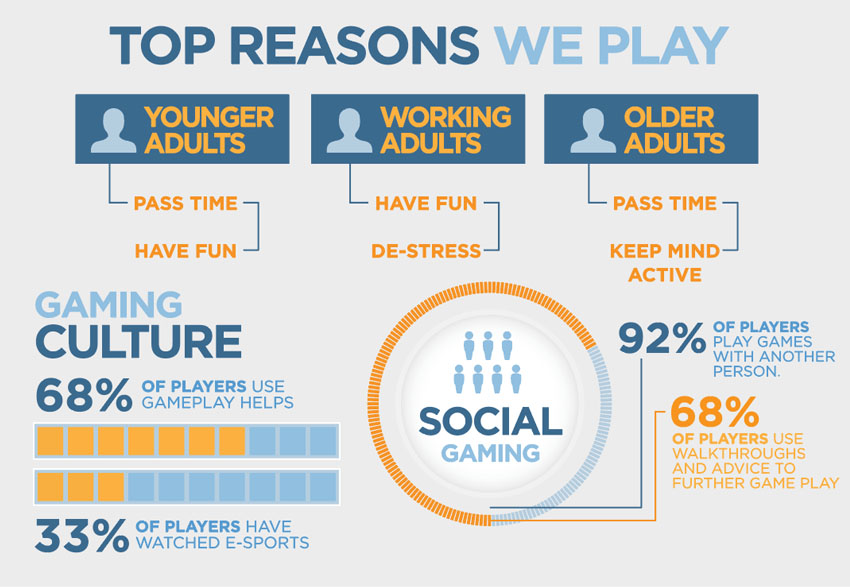 Data limits and slow download speeds created a bottleneck effect for gamers, with more than half of the responses saying they chose not to download a game to avoid going over their data limit. In fact, for a large proportion of Australians, the cap on data constrains access to online and downloadable media content, including games.

According to the Australian Bureau of Statistics, 34 is the average age of gamers in Australia and while males make up the majority of players, there has been a massive spike in female players since 2005. In fact, they make up 46% of the market.

The fastest growing segment of the population new to games is the 65+ market. Around 43% of people aged 65 and overplay video games, which is up 4% from 2016.

Games keep my brain active in my senior years (and hopefully delay any dementia). They also provide some satisfaction when completed successfully and fill the time in my stay-at-home days. (Male, 79)

Australian’s spend on average 89 minutes a day playing games, both casual and in-depth. The most surprising observation quoted in the study is that from ages 45 to 54 onwards, woman play for longer each day overall than men who play much more than women until middle adulthood.

You’ve made it to the end of part one in our series on digital gaming. Next time, we look into the motives behind why people play games, their intentions and the advantages of gaming.

Here at iFactory, we’re a big bunch of digital gaming nerds. Not only are we great at playing them, but we’re experts in developing them too. From mobile applications to software, we can develop a myriad of advanced web solutions to improve your business. Contact us today to find out more.