The World Map based on country domain names

It’s often said that the rise of information and communications technology has made the world smaller. 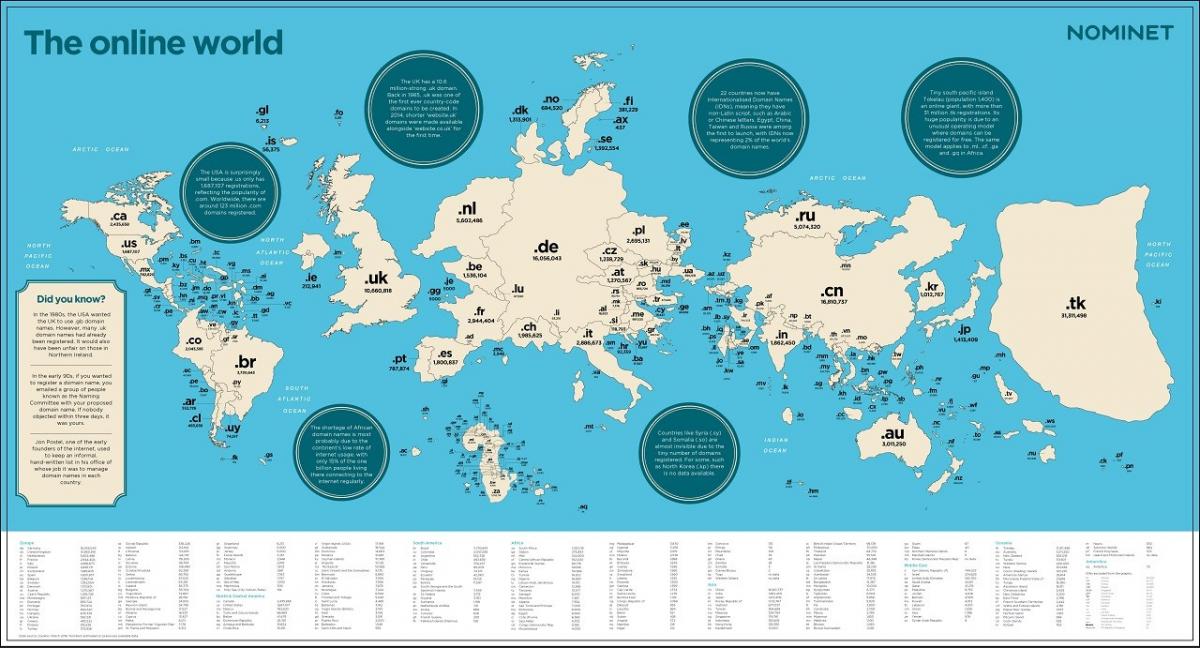 What’s wrong with this picture?

It’s a map of the world, but not one that’s easily recognisable. That’s because it has been created based on the number of websites that use their two-letter Internet domain code, such as Australia’s .au, to indicate the country’s size, instead of the actual geographical data.

The United States, home of the .com is relatively small, as the .us extension is rarely used; rather American’s opting for .com, which at around 123 million registrations is the world’s most common domain. The .com is being dwarfed by Germany (.de), China (.cn) and the UK (.co.uk). This is because .com is not the official country code for the USA. The .com domain is easily the most common domain with some 123 million registrations but the official country code .us is not very popular at all.

Wow – the web is big in Tokelau

The biggest landmass you can see on the re-drawn map belongs to the New Zealand island territory Tokelau, which has some 30 million domain registrations thanks to the .tk domain being free. A Netherlands-based company called Freenom started giving away free .tk domain names back in 2000 and provides any advertising revenue back to the Tokelau community. Freenom also does this for some African nations, including Mali (.ml), Gabon (.ga), Central African Republic (.cf) and Equatorial Guinea (.gq).

Another observation is the size of the industrial westernised nations compared to that of less western countries, particularly in Africa, which suggests that economic equality online accurately reflects global inequality offline, something that ICANN (the Internet Corporation for Assigned Names and Numbers) wants to address. ICANN is the organisation responsible for the Internet’s global Domain Name System and one of its primary principles is to promote a truly global Internet community.

How much thought have you put into your domain registration? For any queries regarding digital strategy, website support and creative digital marketing, call us today: +61 7 3844 0577.