The idea behind Ello is to offer an ad free alternative to the current big name social networks. With a manifesto that declares that a social network can be a tool for empowerment, Ello is trying to capture the hearts and minds of a generation of tech-savvy and media aware users.

Although the site is currently in a beta testing mode, and invitation only (we have already registered for our invitation!), it is already proving to be a popular idea. According to the site’s developers, they were receiving up to 31,000 requests per hour. Ironically, invitations to the site that is committed to not selling user information were being sold on eBay for as much as $500.

Part of the ad free style of Ello is its sleek, uncluttered design. A simple, black and white design keeps user images as the only splashes of colour. The result is a framework that eliminates anything deemed unnecessary to the connection of people to those they know.

The site builds on the non-reciprocal follow ideas that underpin Twitter and Google Plus. This means that you can take in what others have to say without the need for them to follow back. This gives each user the ability to fully customise the flow of what they see on the site.

This is further reinforced by the division of a friends list into two categories, ‘Friends’ and ‘Noise’. Friends are those you know and Noise are those who you don’t necessarily want to see every post from. To better demonstrate the use of the Noise category, the Ello profile is automatically added to it. 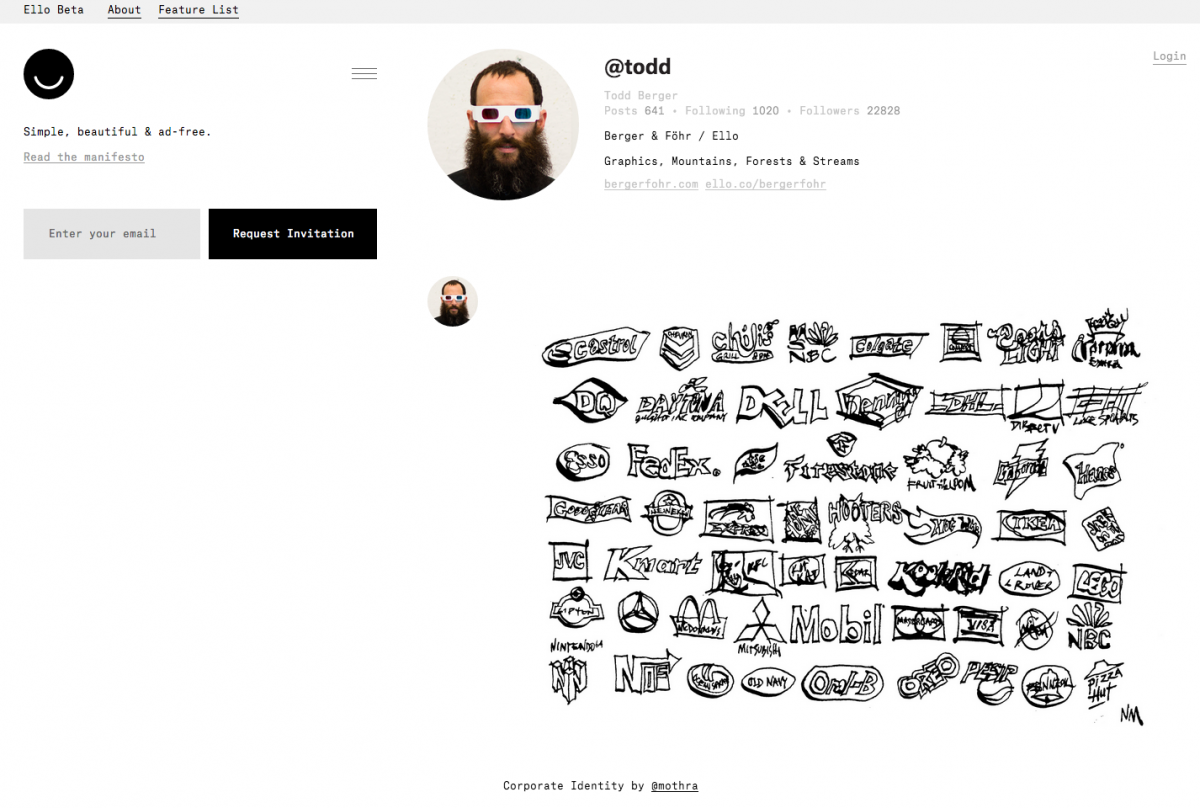 While there’s a lot of hype surrounding the site at the moment, it’s still too early to tell if it really will draw people away from other social networks. If you’ve received an invitation, it might be something that is worth checking out. However, if you haven’t had one, it’s not something to be too concerned about just yet.

The potential for businesses to use Ello is also unclear. As an ad free website that has so far been built through venture capital investment, it doesn’t yet have the built-in support for business profiles that you find on other social networks. However, there are still plenty of individuals who are more than happy to post about their work projects.

As a digital agency in Brisbane, iFactory loves seeing new social networks and even if the most interesting part of Ello ends up being the hype surrounding it, there’s the potential for some big lessons. Whether it’s a social network that revolutionises the world or a lesson in how to build desire for an online product through enforced scarcity is something time will tell. For now, though, we’re saying a sceptical hello to Ello. Are you?

A Twitter beginner’s cheat sheet How does iFactory design a logo?