Aussie businesses say economic fortunes on the rise (Part One)

Confidence amongst small-medium businesses is higher than ever – explore why in part one of our series on the Sensis Business Index September 2017 report.

Who do you call when you want to know about the state of Australia’s economy? You call Sensis. They are the parent company of well-known directories and marketing brands including Yellow Pages, White Pages, TrueLocal, Whereis and Skip. With large resources to collect valuable data, they put together annual surveys, guides and reports to give you insight on the Australian landscape.

The Sensis Business Index is a quarterly report tracks small and medium business owners’ feelings towards trading in a range of industries. Given that small and medium business owners (SMBs) are the backbone of the Australian economy, this latest quarterly report gives us a broad analysis of this market and relevant trends and issues. These reports aren’t just useful for those in the small business website industry. It’s valuable for everyone in business, from investors to start-ups, to policy makers and changers.

How is this data collected?

Sensis aim to collect as many opinions as possible. For their latest Sensis Business Index September 2017 report, they interviewed 1003 business proprietors or managers across all states and territories, employing up to 199 people. A range of industries was part of the survey including manufacturing, building and construction, retail, transport, communications and business services, health and community services and cultural and personal services.

The report found that Australian businesses say economic fortunes are on the rise and perceptions of the economy are the best in 4 years and are holding.

It was a solid quarter and saw SMB confidence rise to a level matched only once since March 2010. Views of the economy were also the best they have been since December 2013. The key indicator expectations for this quarter all became more positive and The Federal Government’s rating decreased slightly but still remained positive.

According to the survey, the overall assessment of the economy has reached its highest level in seven years. In fact, 29% of small and medium enterprises (SMEs) believe the economy is moving forward in a positive way.

Sensis CEO, John Allan said: “Small and medium businesses positivity about the economy continues its trend upward since June last year.” Further adding, “Small businesses are telling us that the values of sales, prices charged and profitability are the areas they are most positive about in the year ahead.”

Despite positive business confidence and perceptions of the economy, responders support for the Federal Government has decreased in the last quarter, with many businesses claiming their support is too focused on big business. 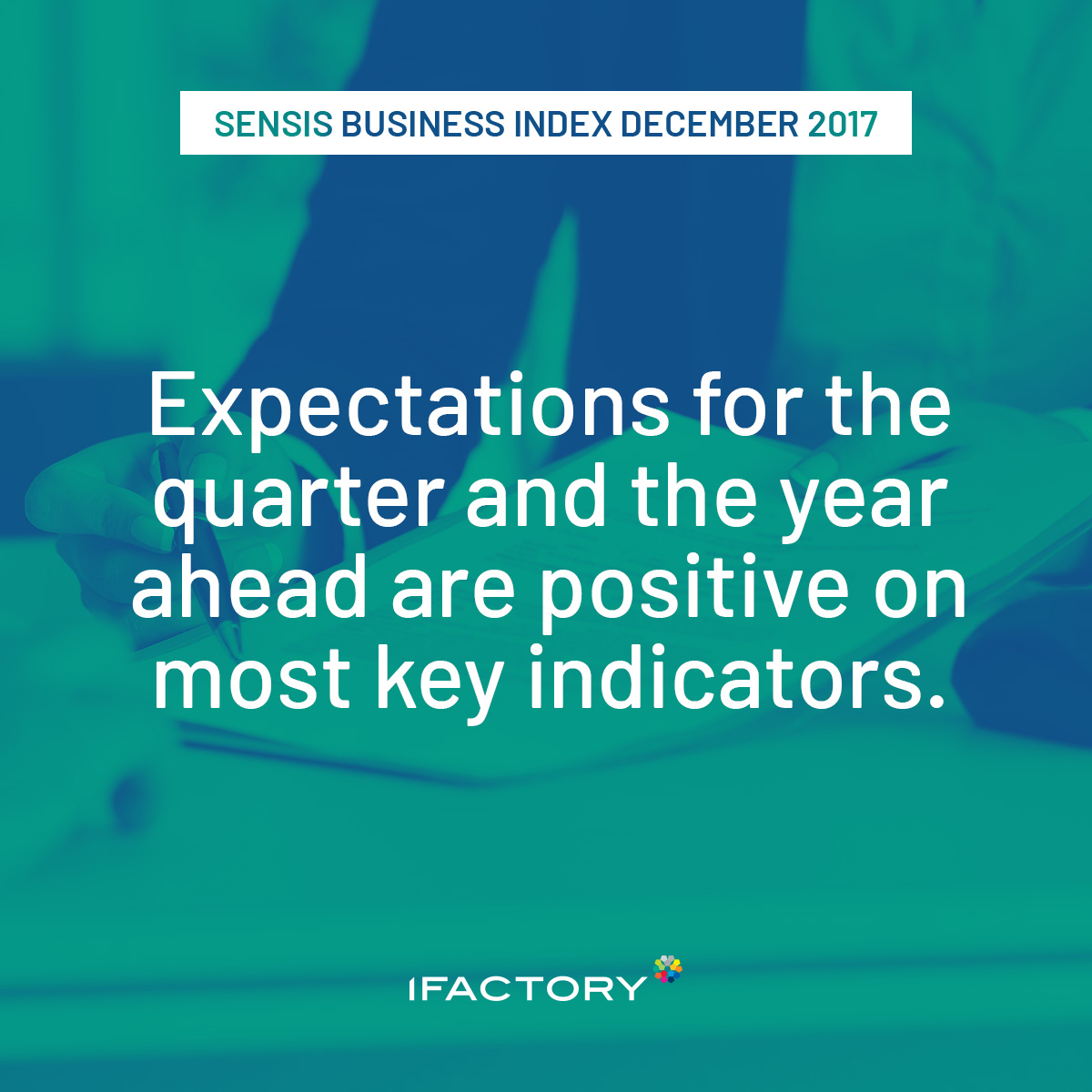 Breaking down the survey

It was a challenging quarter for SMEs. Nevertheless, they persisted, with respondents still viewing the economy healthier than ever. It’s a sentiment that hasn’t been recorded since 2010. The positive outlook is expected to extend through the first quarter of 2018.

Some of the key findings include:

In part two of this series, we’ll delve even deeper into the Sensis Business Index September 2017 by looking at sales, employment, wages, prices, capital expenditure, access to finance, profitability and export. We’ll also look at the difference between regional metro respondents.

iFactory is one of Brisbane’s only independent web design companies for small business. Along with our website design services for small business, we specialise in digital marketing, ecommerce and app development. Contact us today to see how we can take your small or medium business to the next level.