iFactory has been awarded Outstanding Achievement in Website Development by the Interactive Media Awards™ for its work with Performax International.

On Monday, February 6, 2017, iFactory was awarded Outstanding Achievement for excellence in the design, development and implementation of the Performax International(http://www.performaxint.com.au/).

The honour, granted by the Interactive Media Awards, distinguishes that the project met and surpassed the standards of distinction that comprise the web’s most expert work. The site was honoured explicitly for excellence in Automobile. The judging consisted of various criteria, including design, usability, innovation in technical features, standards compliance and content. In order to win this award level, the site had to meet strict guidelines in each area – an achievement only a fraction of sites in the IMA competition earn each year.

Erynne Harmis, Marketing Officer of Performax International said, “Congratulations to you and the team! It was all of your hard work & effort that has paid off and been recognised.”

View the online award for this site, or head to the iFactory award gallery page.

Performax International is the leader in right-hand-drive conversion technology in the Asia Pacific and a dominant force in supplying high quality, high performance American-made vehicles to right-hand-drive markets.

Beginning in 1989, the company has forged an internationally recognised reputation as a market leader through its commitment to integrity, continual improvement and a focus on customer service.

As an award-winning, full service digital agency in Brisbane, iFactory is committed to delivering advanced web solutions that consolidate website design, ecommerce, digital marketing and systems integration. To succeed in delivering cutting-edge web design, we’ve made it our mission to delve deeper into evolving technologies and consider closely how technologies are changing people’s behaviour.

About the Interactive Media Awards

The Interactive Media Awards recognise the highest standards of excellence in website design and development and honour individuals and organisations for their outstanding achievement. Sponsored by the Interactive Media Council, Inc., a non-profit organisation of leading web designers, developers, programmers, advertisers and other web-related professionals, the competition seeks to elevate the standards of excellence on the Internet. 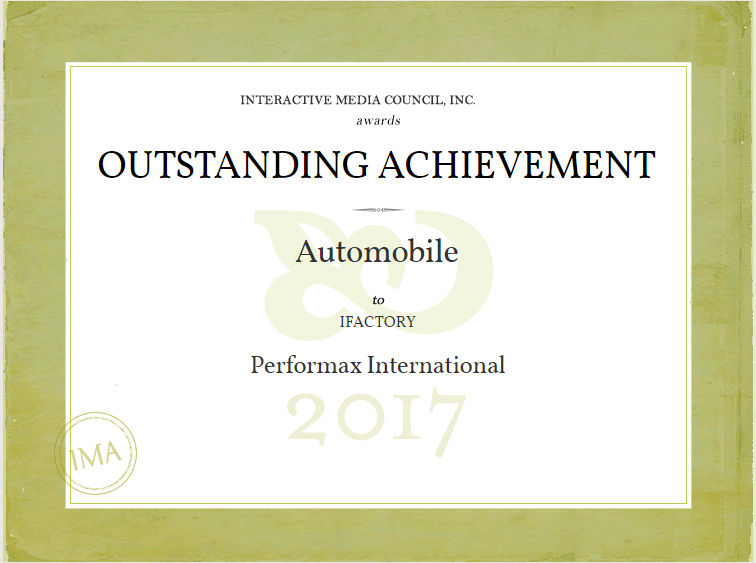 Everything you need to know about Google PageSpeed Insights Which ecommerce trust marks are most effective? (Part two)